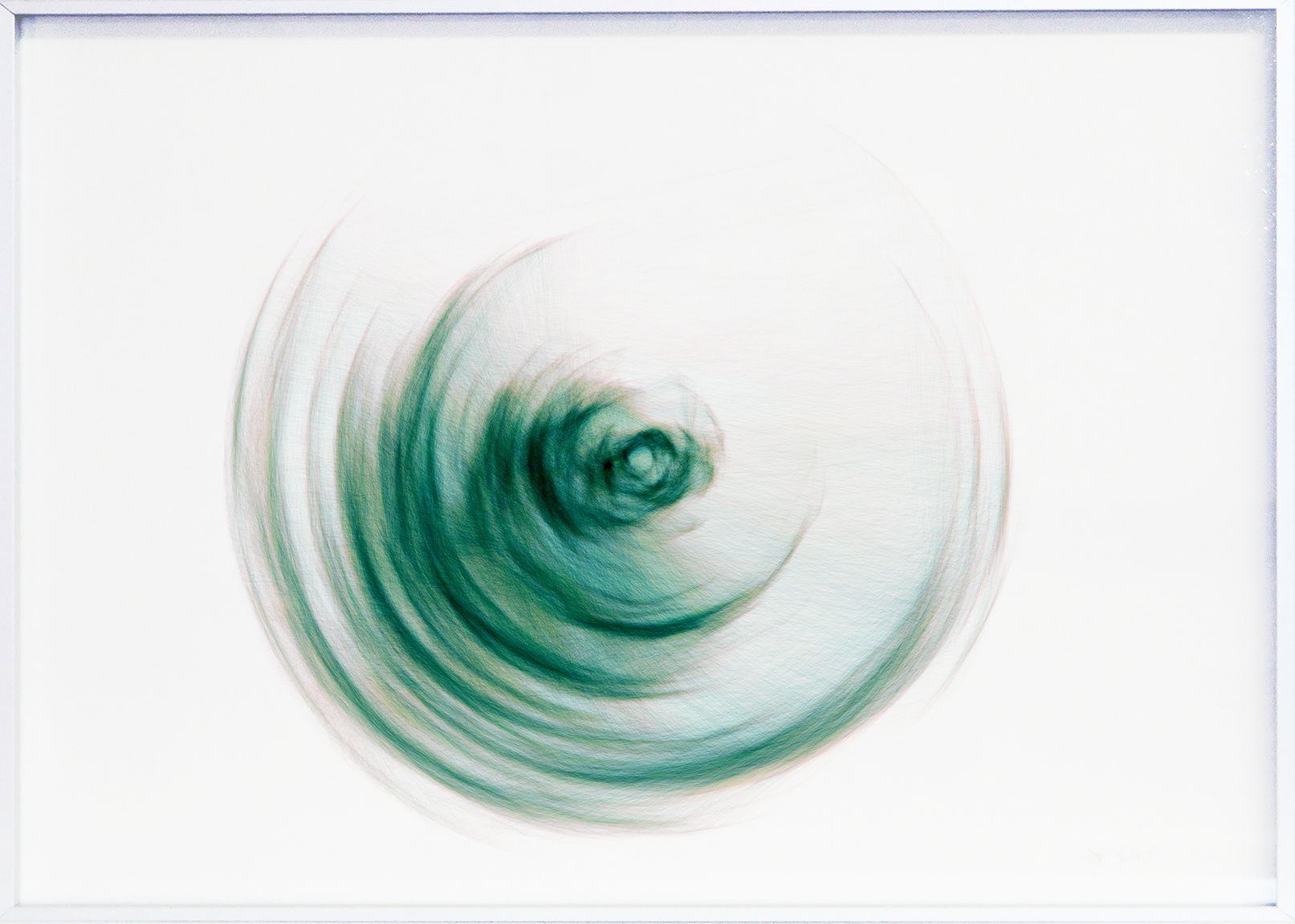 
A series of drawings from entropy.
A circular burst of energy is triggered, and traced over time.
The burst spreads outwards, but not as an explosion, rather as a sediment, a repeated layering on top of the last, growing as rock would, as opposed to dispersing radiation.
As each layer is drawn, it is in a reaction to the previous, along with a small amount of entropy- determining the shape, as well as surface patterns and textures.
This divergence is applied both in the position of each new line, and in rotating the line around the centre, making it an anamorphic projection of the chain reaction.